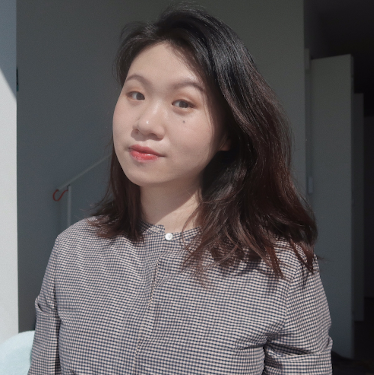 Shuqi Wang’s upbringing is what led her to enroll in the Master of Science in Health Policy and Economics program within the Department of Population Health Sciences at Weill Cornell Medicine.

Growing up in China, she saw firsthand how scarce resources were compared to the size of the country’s population. The daughter of an active pharmaceutical ingredients salesman, Shuqi quickly became interested in understanding drug pricing. She took the course pharmaceutical economics in her undergraduate education, which helped her to grasp the importance of advising the government on treatments or drugs that maximize patient health.

That’s when she realized just how great her interest in the field was and discovered the Department of Population Health Sciences. Small class sizes and the opportunity to complete a unique capstone project were deciding factors, although, “First of all, it’s Cornell.”

Shuqi now works with Dr. Zachary Grinspan to analyze Medicaid data from 2009 to 2012. The goal of the project is to see how costs – inpatient, outpatient and drugs – vary among states, as well as to better understand outliers. The geographical variation of Medicaid spending may imply the healthcare inefficiency, and thus understanding these differences can help guide policy making to improve care for the vulnerable population. More specifically, Shuqi explains that her capstone project is “using Medicaid data to understand state-to-state variance in care for children with epilepsy.”

While Shuqi has found her diverse cohort and the wide range of guest speakers eye-opening to learn from, she is especially grateful for the outstanding faculty at Weill Cornell Medicine. Dr. Arian Jung stands out, in particular. “Dr. Jung really cares for my future. When she heard I planned on applying to a Ph.D. program, she gave me several suggestions,” Shuqi says. “When I finished my final project, she told me I did a great job several times, which was very encouraging for me.”

As for what’s next, Shuqi plans to keep improving her skills before eventually entering a Ph.D. program to continue studying the field that’s captivated her attention from the beginning.