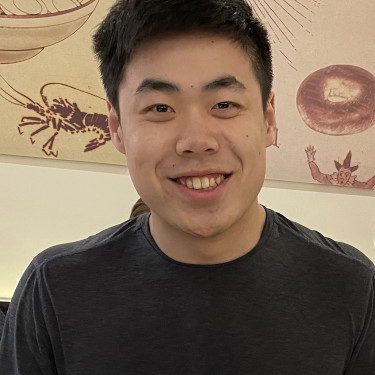 After completing his Master of Science in Biostatistics and Data Science at Weill Cornell Medicine, Hongzhe Zhang wants a job where he can “rub my chin and think.”

That’s something Hongzhe has been doing for as long as he can remember. First, he questioned how two people in a small classroom could so often share a birthday. Then he learned about binomial distribution. Next, he wondered if it made sense for his high school classmates to switch queues in the crowded cafeteria. He learned the statistical explanation behind why they shouldn’t during his final year at University College London.

Working alongside Dr. Samprit Banerjee and Dr. Jihui Lee, Hongzhe is conducting a project using mobile health data from a diverse group of New Yorkers. Participating patients’ mobile phones collect data on the number of steps walked, total hours of sleep, the number of sleep interruptions per night, and more. Ultimately, the team wants to predict when these patients are at risk of suffering from depressive episodes, then intervene with helpful messages. Hongzhe has developed an algorithm to help take away some of the “noise” and detect days when participants aren’t using their mobile phones very much. This is a first step in predicting risk of depressive episodes.

“For me, statistics gives me mathematical equations and hypothetical ways to solve hypothetical problems,” Hongzhe explains. “But it also gives me real world insight. To my knowledge, no one has done this kind of thing.”

After completing the project, Hongzhe hopes to pursue a Ph.D. program and continue questioning what he knows about the world around him. Dr. Lee and Dr. Banerjee have helped Hongzhe harness that ambition and focus on what’s next. “Dr. Lee was one of the first to recommend I go into a Ph.D. program. If I ask her questions, she not only explains them to me, but she also asks me why I want to know so she can give me suggestions about what I need to learn in the future,” Hongzhe says. “She also encouraged me to talk with Dr. Banerjee, who takes time each term to meet with students and show he really wants to help students. That’s pretty important to me.”

“If a student in the future asks a teacher, ‘What about something like this?’, the teacher can tell the student, ‘That’s the Hongzhe method you can use’.”