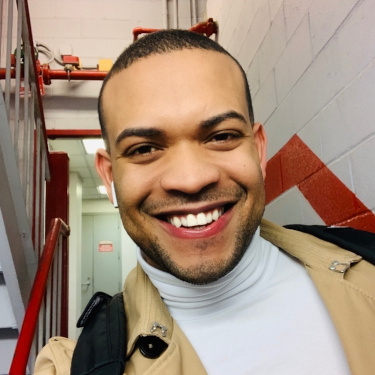 John’s interest in global health stems from his experience traveling throughout Southeast Asia. While on a trip in northern Thailand, he encountered a group of migrant workers from Myanmar. “I remembered distinctly this profound sense of sadness and longing in the people’s faces,” he recounted. “When I left, I did some research about the history of Myanmar, which essentially sparked my interest in the country.”  After returning to New York, John, who graduated magna cum laude with a Bachelor of Science in biomedical informatics from the New York City of Technology, began an internship at WCM. There, he met Dr. Ruth Masterson Creber, assistant professor of population health sciences. She was starting a project using mobile health technology to improve healthcare outcomes in various jungle villages in Myanmar’s Chin state, with a focus on women and children. “I had wanted to explore how technology can impact healthcare delivery and immediately expressed my interest in working on the project. It was exactly what I wanted to do,” John concluded.

While enrolled in the Master of Science program, John had the opportunity to meet Dr. Masterson Creber’s collaborator, Dr. Sasa, CEO and founder of Health & Hope Myanmar. Dr. Sasa grew up in a rural village in the Chin state where the residents had limited access to healthcare and experienced high rates of mortality from treatable illnesses. After completing his medical studies abroad, Dr. Sasa returned to his village to train community health workers, birth attendants, and area coordinators, as well as facilitate the education of aspiring physicians and nurses. “He had the most inspiring story I’ve ever heard,” related John. “He spearheaded the development of healthcare in his state and has trained a man and woman from surrounding villages in basic healthcare delivery and sanitation promotion.”

The capstone project entailed using mobile technology for population surveillance, specifically to capture data on a broad range of conditions, and to collect census information across various villages. In addition, the project laid the technological groundwork to later address high-risk pregnancies in an area with the some of the highest maternal mortality rates in the world. One of John’s roles was consulting with different stakeholders. “We had to elicit information from the creators of paper health forms to understand the cognitive task of collecting data in this environment,” explained John. The forms in question were used by providers to record existing health conditions, births, and deaths.  Working in collaboration with Health & Hope Myanmar, John and his colleagues applied a user-centered design process and leveraged the information to develop a mobile app to help improve data collection and enact meaningful policies in the region. “The experience I had working on this project was incredibly positive and informative. From a global health research standpoint, it solidified my interest in doing this work,” he shared.

This fall, John will begin his Ph.D. studies in population health at NYU. Looking forward to continuing his work in health disparities on an international scale, he credits the Master of Science program in providing the foundational knowledge necessary to thrive in both research and informatics. “Working with world-class professors was a real advantage.  I feel equipped to be successful in the field on all fronts and I’m looking forward to be the best researcher that I can be.”